Noida Film City: â€œThere is no alternate to hard work, but it has to be in the right direction. Filmmakers can identify passionate people. Your talent needs brushing and polishing at film school,â€ suggested Sanjay Kapoor while conducting the master class at Asian Academy of Film And Television.

â€œWe have designed 360-degree education for students of AAFT and ASMS. Now we have our own newspaper, Radio Station, TV station, News Agency, A film Club, Research Centre, film and TV production house and all that what you need in media and entertainment industry,â€ informed Sandeep Marwah President of Marwah Studios.

â€œContinuous persuasion and strong determination is the key to successâ€ added Sanjay Kapoor while answering the questions of media students. Ashok Tyagi Secretary General of ICMEI and Dr.A.K. Srivastava Director ASMS were also present on the occasion

Chamber of Media And Entertainment Reaches the Whole World

Wed Jan 6 , 2016
ICMEI-International Chamber of Media And Entertainment Industry and AAFT- Asian Academy of film And Television created a record by collecting footfalls of 5500 during the three days 3rd Global Festival of Journalism Noida 2015 from 12th to 14th February under the leadership of Sandeep Marwah President Marwah Studios. â€œNever ever […] 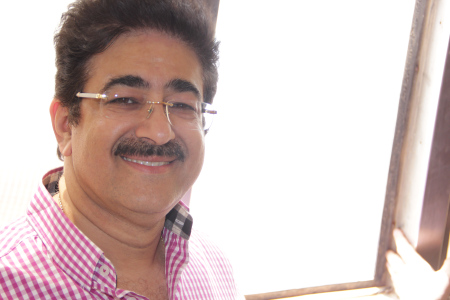