Television station has done special training on live broadcast of live events be it a musical recital, dance recital or fashion show. Right from the inauguration to final award function television will cover sometimes live or recorded programs.

Marwahstudios.tv is an entertainment channel and broadcasting all events where Marwah studio is associated. It also projects large number of short films and feature films.

Thu Jan 14 , 2016
New Delhi: Country And Politics a 16-page national weekly colored in dual language which has created a wonderful niche for itself all over India with its editions from Delhi, Noida, Ghaziabad, Dehradun and Bangalore. â€œThe news paper Country And Politics will cover every event of the festival and all the […] 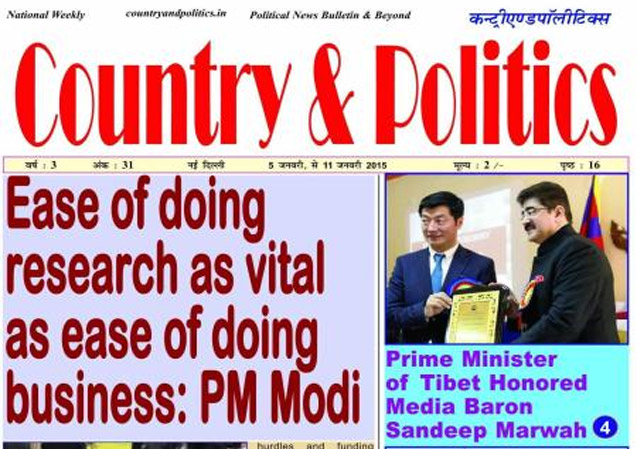