Mumbai: A powerful meeting of many film makers, studio owners, film artists and technicians took place at Mumbai where it was decided to announce a very important and powerful award to motivate and appreciate film makers of the World who have done a commendable work in last years.

“The award will be called MARWAH STUDIOS INTERNATIONAL AWARD FOR  FILM  MAKERS to be presented to them every year during Global Film Festival Noida. This annual award will be a mark of respect of honest hard work and creativity of the film maker they have displayed through their films, “said Dr. Sandeep Marwah National Chairman of Media And Entertainment Committee of Ministry of Consumer Affairs, Government of India and Global President of International Chamber of Media And Entertainment Industry.

Marwah Studios is an international brand with seven world records to its credit. They are the founders of Noida Film City way back in 1988 and in film, television and media business for 35 years. It is one of the biggest brands of Indian art and culture fraternity. They are also the representatives of large number of countries in India nominated by different governments.

Learn from Our Ancestor on Environment- Sandeep Marwah

Sat Oct 10 , 2020
Mumbai: Hundreds of years back our ancestor wrote in the form sholakas that the survival of the human race is only possible if there is a survival of air, water and vegetation. We all have misused and abused the facilities God has given on this mother earth. It is the […] 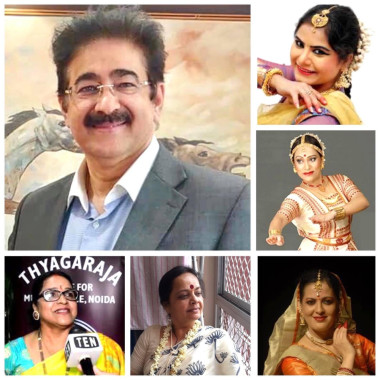