Noida: The oldest film studio of North India, birthplace of many channels in India and founders of Noida Film City- Marwah Studio has been selected for the venue of 4th Global Festival of Journalism 2016.

Marwah Studio has been treated as the media spiritual centre as more than 12000 media persons have started their career and more than 10,000 professionals have been associated with different television programs churned out from this buildingâ€ said Sandeep Marwah President of Marwah Studio inviting the media world to be part of 4th Global Festival of Journalism 2016.

â€œWe have all the facilities you can think of to cater to any shooting, event, convention, summit of national and international statureâ€ said Viney Kumar Studio Manager of Marwah Studio.

Marwah Studio has recently been venue for Media Summit, Cultural Summit and Peace Summit where large number of delegates participated from all over the World.

Mon Feb 8 , 2016
Noida: The Global Festival of Journalism Noida has been promoting all those papers that are looking for support and more exposure owing to lack of resources and other facilities under International Journalism Centre. â€œA segment has been created in IJC to support small and medium newspapers. This time Country And […] 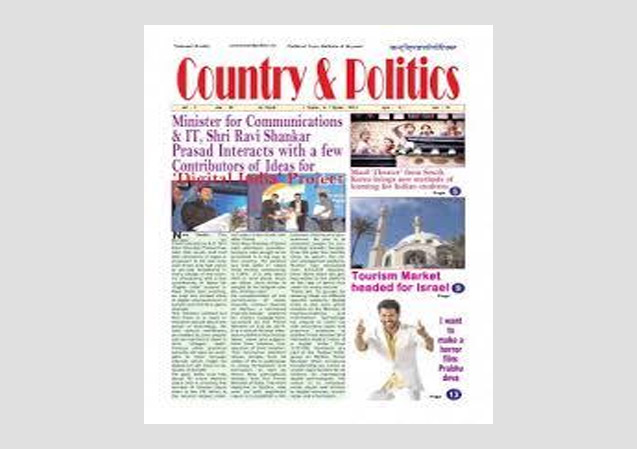