Noida: Marwah Films And Video Production a 23 years old organization of Sandeep Marwah which has given wonderful opportunities to 2300 young enthusiastic film makers to direct short films at the cost of the company.

Sandeep Marwah has created a world record of producing largest number of short films with 2300 directors and 10,000 artist and technicians from all over the World. This is the biggest private library of any single film producer of the World.

Another film to the credit of Marwah when renowned director from Mumbai Akbar Hussain directed another short film OSCAR with the students of Asian School of Media Studies and first screening was organized in the campus.

World Cultural Festival is the Beginning of New Era-Sandeep Marwah

Tue Mar 15 , 2016
Noida: â€œIndia is going to be the center of attraction for the World when it comes to love, Peace and unity. The time has come when the whole World will look for international integration through art and culture,â€ said Sandeep Marwah Global Cultural Minister appreciating the marvelous festival organized by […] 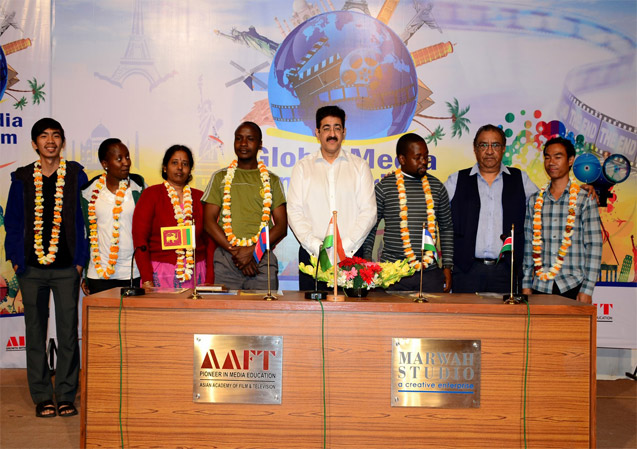