New Delhi: A special meet was organized by the Delhi Study Group under the leadership of Vijay Jolly to interact with H.E.Tomasz Kozlowski the Ambassador of the European Union to India and Bhutan at his residence. A group of 30 people were present there to learn and understand the relation of India with European Union.

“The EU is India’s largest trading partner, accounting for 20% of Indian trade. However India accounts for only 1.8% of the EU’s trade and attracts only 0.3% of European Foreign Direct Investment, although still provides India’s largest source of investment,” dialogues initiated by Sandeep Marwah President of Asian Education Group. 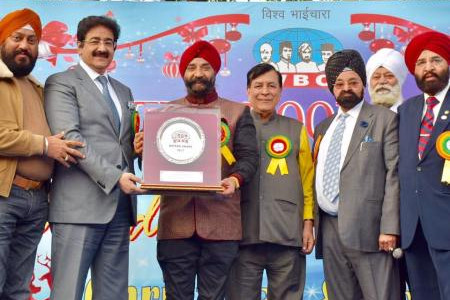