The 11th Media Federation Award was presented to some of the most prominent media persons of India who all have done a commendable works in their fields.

Sandeep Marwah is the only media person running and editing a weekly news paper, a 24 hours Radio Station, A 24 hours Television Station, A news Agency, a film & Television production house, a media research centre, a media club, an International Journalism Centre, a Journalism and media school and is a writer too said Arun Sharma president of Media Federation of India.

Sat Apr 29 , 2017
Noida: The disciples of Guru Meenu Thakur a maestro in Kuchipudi Dance sytle presented an electrifying performance on the third day of 1st Global Fashion And Design Week Noida 2017 in an open stage. â€œWe are feeling strong to present the Indian style of dancing to the large foreign audience […] 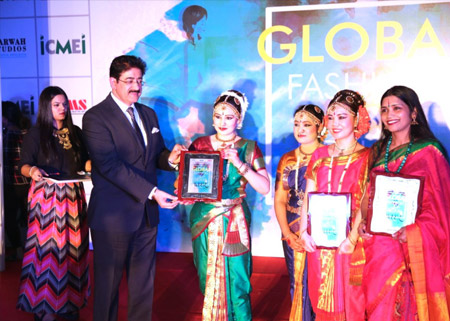