Noida: Marwah Films And Video Production announced a web series to be launched at the beginning of May this year where the alumni of AAFT will participate in both on screen and in production too.

“We have designed a web series keeping in mind the in house talent of AAFT and ASMS on screen and for the production team too. The details are being worked out and all these productions will be made in Noida,” informed Sandeep Marwah President of the Asian Education Group.

Speaking on the occasion alumnus Amit Agarwal offered opportunity to the current students to join him after the course for his web series, which he has started, and projecting the same in Cannes International Film Festival. He was accompanied with his cast Aarti Rawat, Shipra Kasana and another alumnus of ASMS Harshvardhan Saran.

“We have already prepared the first show, and I shall be taking care of the project which will start its audition from April end,” added Ashok Tyagi director of the series.

Thu Apr 12 , 2018
Noida: ICMEI- International Chamber of Media And Entertainment Industry in association with AITH- Asian Institute of Tourism And Hospitality announced a study tour to Kuala Lumpur the capital of Malaysia for the members of ICMEI. “A study tour of 30 people comprising of professional media persons and media students has […] 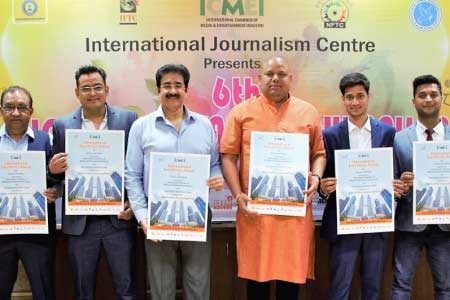