The film technicians are as important for us as actors and directors of the feature films. The brilliant and admirable work by Mahesh Aney in the field of Cinematography is worth rewarding,â€ said Sandeep Marwah President of Marwah Studios at 7th GFFN.

The board of 7th Global Film Festival Noida 2014 honored Mahesh Aney for his long contribution to film industry with Excellence in Cinema Award in front of august audience on the second day of GFFN.

Tue Jan 5 , 2016
Excellence in Cinema- Award is for all those who have excel in their field and have worked enough for the film & entertainment industryâ€ said Sandeep Marwah President Marwah Studios to the national press on the second day of 7th GFFN. â€œGlobal Film Festival Noida 2014 is honored in presenting […] 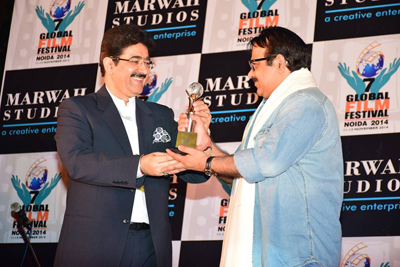