We need to learn a lot from Mahatma Gandhi, simple living and high thinking. Many more films can be made on him, he is still the hero for many subjectsâ€ said Randhir Kapoor releasing the poster of Mahatma Gandhi Forum at Marwah Studios during the opening day of 7th Global Film Festival Noida 2014 at Noida Film City.

â€œWe have developed a library of films and books on Gandhi to keep the ideology of Father of the nation alive in this campusâ€ added Sandeep Marwah President of GFFN 2014.

7th Global Film Festival Attracted People From All Over The World

Tue Jan 5 , 2016
Never seen queues from a long time for entering into the theatres, probably after years saw the craze of youngsters to visit the venue of Film Festival and it was 7th Global Film Festival Noida 2014 which once again broken all the records on its opening day on11th November at […] 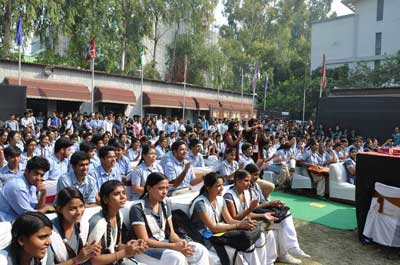