Noida: â€œWe have added many more books and films into our library to feed more students who are keen in knowing the ideology of Father of the Nation Mahatma Gandhi under Mahatma Gandhi Forumâ€ said Sandeep Marwah Chairperson of the forum.

â€œWe have also sanctioned funds for the making of film on Mohandas Karamchand Gandhi. We have already received proposals for short films. New films will be made this year.,â€ added Sandeep Marwah President of Marwah Studio.

â€œWe have designed number of projects and events related to Mahatma Gandhi under our forum. Celebration of his birthday on 2nd October is the reminder to the nation for a selfless service to the nationâ€ said Sushil Bharti Coordinator MGF.

The Mahatma Gandhi Forum was created by Sandeep Marwah few years back to promote the ideology and thinking of Mahatma Gandhi on international platform. Smt. Tara Gandhi the grand daughter of Mohandas Karamchand Gandhi has been taken as the patron of the association.

Wed Jan 13 , 2016
Noida: â€œWe have taken a bold decision to support all those sportsmen who are looking for jobs after their retirement from sports for reason beyond their controlâ€ informed Sangram Singh a body builder and artist Big Boss fame on the inauguration of Sportsmen Support Association at Marwah Studio at Noida […] 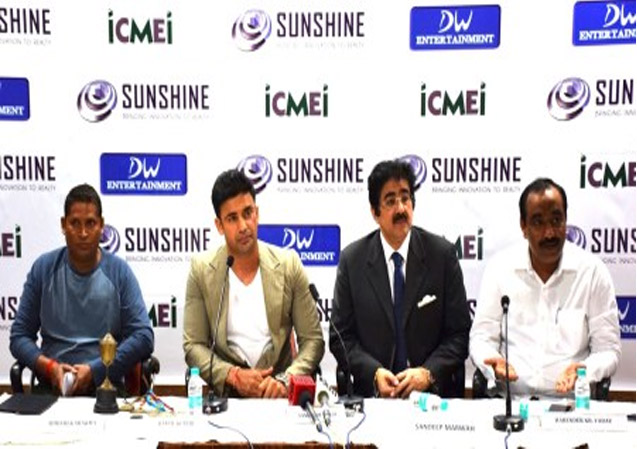