Noida: All preparations have been done for the live telecast of two days of 4th Global Festival of Journalism Noida 2016 and celebrations of 12th February the International Day of Journalism confirmed Dr. A.K.Srivastava Vice President Festival.

â€œRight from the inauguration till award function a system has been devised to show all the events of 4th Global Festival of Journalism Noida 2016 on television at marwahstudios.tv on internet as well as on your mobileâ€ informed Sandeep Marwah President of the festival.

Marwahstudios.tv has completed its two years in existence and is an entertainment channel. All the documentaries taking part in 4th Global Festival will also be shown and broadcasted on this IPTV.

The reach of the channel is all over the World. Filmmakers who are keen in showing their films on this channel can send their films to Marwah Studio.

Mon Feb 8 , 2016
Noida: Two best institutions in media have joined hands to develop and promote media education in the World. The renowned brands like AAFT and SAE will invite students to enroll themselves in these smart courses soon. â€œWe welcome the suggestions of SAE Australia and will support them in Indiaâ€ said […] 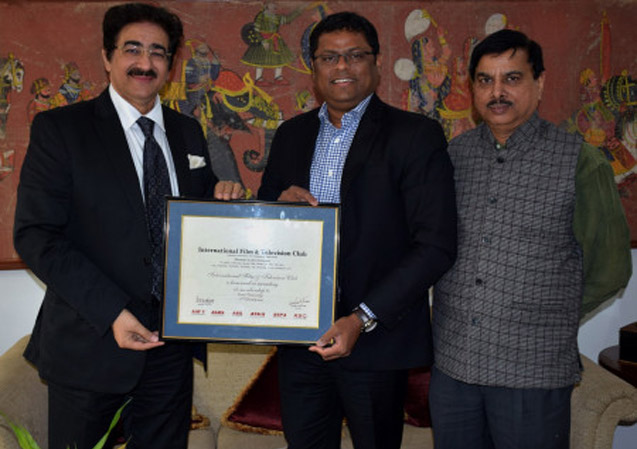