New Delhi: “Cinema and Literature are two major forms of arts and have always fascinated the readers and viewers in all the ages. Literature may grow of its own but cinema cannot prosper without the literature. It has always been a source of inspiration for filmmakers,” said Dr. Sandeep Marwah Chancellor of AAFT University of Media And Arts at a program designed by Himalini Media Group of Nepal in association with Dwarka Parichay.

“I am fascinated by 6th Global Literary Festival Noida 2020 on web and wanted Dr. Sandeep Marwah to speak on this subject too-A Role of Literature In Cinema,” said S.S. Dogra introducing the subject.

“Be it a Aladdin Ka Chirag, Alibaba Chalis Chor, Cinderella or Devdas a good story is always welcomed by film makers to convert into visual media. R.K. Narayan’s Guide, The Citadel by A.J Cronin into Tere Mere Sapne, Sharat Chandra Chattopadya’s Devdas and Parineeta into popular cinema, Chetan Bhagat’s Three Mistakes of my Life into Kai Poche and 2 States, God Father by Mario Puzo into Dyavan and then Government are some of the best examples of literature converted into cinema,” added Dr. Sandeep Marwah

There may be hundreds of examples when known writers in literature have contributed to cinema. On the other hand cinema has highlighted good literature and gave historical publicity to the writers.

Sat Sep 26 , 2020
New DelhI; “The country needs you. Time has come when we need honest, hard working, patriotic and educated real professionals who can understand there duties and responsibilities towards their families and towards their Nation. AAFT will put its best foot down to see to it that all of you should […] 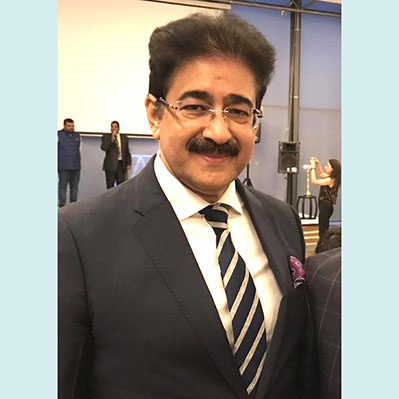