Noida: ICMEI- The working team of ICMEI- International Chamber of Media And Entertainment Industry in association with AAFT- Asian Academy of Film And Television celebrated the 60th Liberation Day of Cuba at Marwah Studios.

“On January 1, Cubans marked National Liberation Day. Some 60 years back, the revolution led by Fidel Castro and his rebel army defeated the last Cuban capitalist government and drove the nation’s fate along a new path: Socialism,” informed Dr. Sandeep Marwah President of Chamber to the media professionals gathered to participate in the event.

“I extends my heartiest congratulations to the people of Cuba on their 60th Liberation Day on 1st January and pray for stronger and lively relation between two countries,” added Dr. Marwah while releasing the goodwill poster.

Mon Jan 7 , 2019
New Delhi: An exhibition under the title La Verve Du Art was inaugurated by Dr. Sandeep Marwah President of Asian Education Group at Open Palm Court, India Habitat Center recently. “Art is a product that is made with the intention of stimulating the human senses as well as the human […] 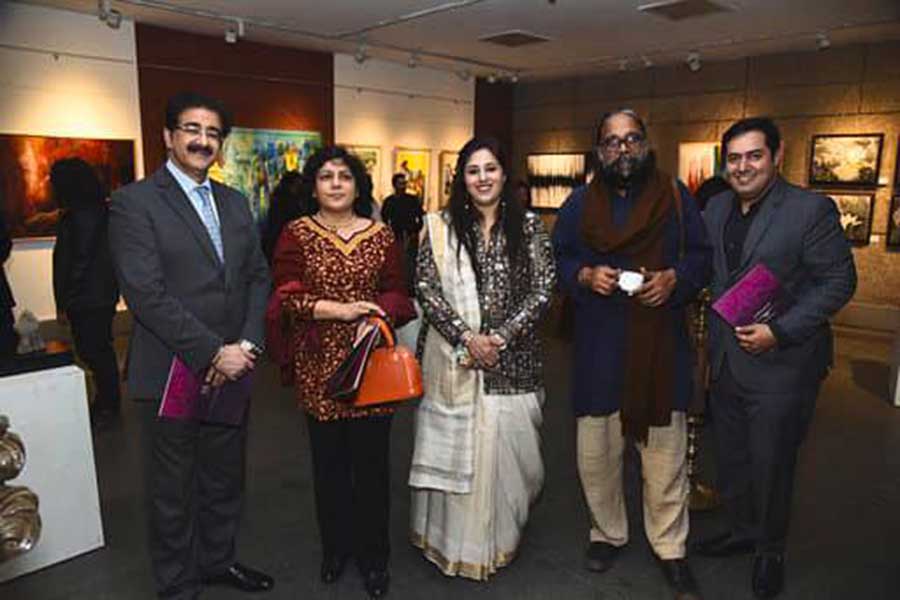