New Delhi: â€œIt seems that theatre has revived I can say after seeing the jam packed and over flowing crowd of youngsters today here at Sriram Centreâ€ said Sandeep Marwah President of Marwah Studios congratulating every one connected to LEHAR Theatre Group of Asian Education Group at the opening of the play Inspector Matadin Chand Par written And Directed by Manoj Tyagi.

The play is based on Shri Harishankar Prasadâ€™s Short story by the same name. After the rigorous practice and rehearsals the students of Lehar Theatre Group of AAFT and ASMS brought the play to the professional level.

Theatre adds a lot to your personality, confidence, speech, pronunciation and acting skills. The subject of acting is the part of every course in Asian School of Media Studies & Asian Academy of Film And Television. The show will be repeated in due course of time on public demand.

Pune Is The Cultural Capital of Maharashtra

Sat Jan 9 , 2016
Pune: Pune is the ninth-most populous city in India and the second largest in the state of Maharashtra after Mumbai said Sandeep Marwah Managing Director of NFTC- National Federation of Tourism And Transport Cooperatives of India Limited during his visit recently. Queen of the Deccan, Oxford of the East, Pune […] 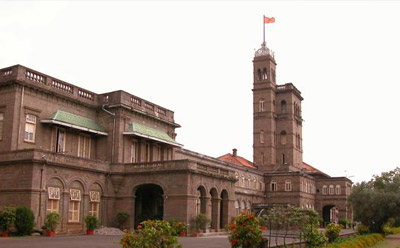