New Delhi: â€œThe great leaders of India will always remain source of inspiration for all time to come for the young population of India. We have to learn from their enthusiasm and motivationâ€ said Sandeep Marwah President of Marwah Studio on the celebration of birth anniversary of Lala Lajpat Rai at Noida Film City.

Talking to the media persons and young aspirants of media school Marwah narrated accidents from the history and requested media students to learn from the history. He persuaded to be nationalist and patriotic so that country can rise above the level.

Lala Lajpat Rai was an Indian Punjabi author and politician who is chiefly remembered as a leader in the Indian Independence movement. He was popularly known as Punjab Kesari. He was part of the Lal Bal Pal trio. He was also associated with activities of Punjab National Bank and Lakshmi Insurance Company in their early stages. He sustained serious injuries by the police when leading a non-violent protest against the Simon Commission and died less than three weeks later. 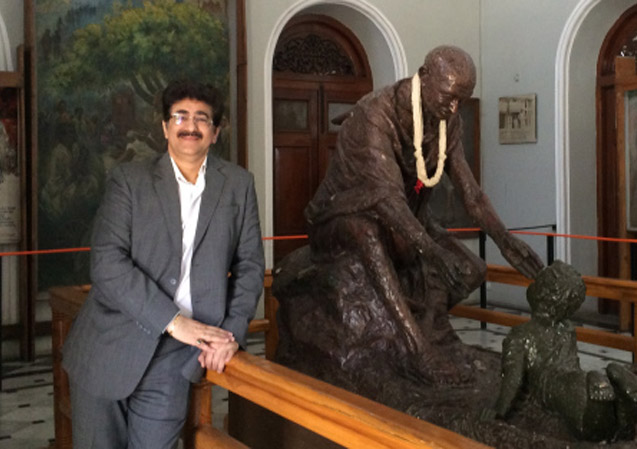