Noida: ICMEI- International Chamber of Media And Entertainment Industry has decided to launch a special committee on Agriculture and Farmers as a gesture of respect to the Indian farmer today on 23rd December on the occasion of Kisan Day said Sandeep Marwah President of the Chamber.

Not very late during Global Film Festival ICMEI promised to do something with Agriculture and farmers, as it is mediaâ€™s responsibility to highlight the serious problems of farmers when they are committing suicides in the country.

India is still an agricultural country. 70 percent of the population stays in village and agriculture is the prime business of the people of India. The history of agriculture in India dates back to the Rigveda. India ranks second in farm output worldwide. Agriculture and allied sectors like forestry and fisheries accounted for 13.7% of the GDP.

The committee will highlight the problems of farmers in media and will look for solutions too from private and public sector.

Fri Jan 15 , 2016
Noida: The international headquarters of International Childrenâ€™s Film Forum celebrated UNICEF Day at Noida Film City with the students of Apna School and Asian Academy of Film And Television. â€œThe future of the country is always in the hands of young children. What you are going to teach them is […] 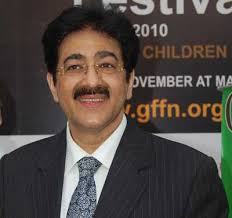