Noida Film City: â€œIt is like coming home. The institute has grown so big. AAFT is now the first ten best film schools of the World, in value additions and practical education it may be number one in the World. I am proud of my school-Asian Academy of Film And Television,â€ said Kaushik Ghatak during his visit to Noida Film City where he started his initial education in films and television many years back.

â€œI have no hesitation in accepting that today whatever I am is only because of this institution and especially my Director Sandeep Marwah who has taught us the real meaning of life,â€ Ghatak added.

Sat Jan 9 , 2016
Noida Film City: â€œIf there is any support we can get, it is only Marwah Studio and if any one can guide us that is Sandeep Marwah,â€ said Pankaj Narayan a young filmmaker who has recently completed his third film project in Delhi. â€œOur team of young film makers is […] 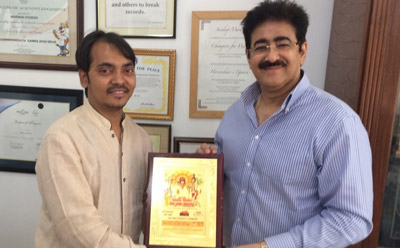