Miami: “It is not only Cellphone Cinema which has grown very big, much more than our own expectations in Marwah Studios but as a whole it has emerged as one of the biggest media university of the World. I congratulate Sandeep Marwah and his complete group on his achievements,” said Prof. Karl Bardosh Master Professor in Tisch School of Arts, New York University. i.

Prof. Karl Bardosh has been associated with Asian Academy of Film And Television for more than 12 years and has been on the academic Council of AAFT.

Sharon Lampert, writer and publisher from US, was also present there. She offered to write a book on Sandeep Marwah.

Mon Jul 2 , 2018
Miami: The known international art and cultural promoter Sandeep Marwah visited Lik Art Gallery at Miami during his visit to the state of Florida, USA. “Every artist dips his brush into his soul and paints his own nature into the picture. When it comes to Photography it is well said […] 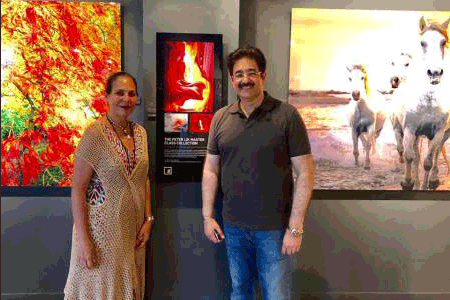