We are here to bring in love, Peace and Unity through this International Chamber of Media And Entertainment. We have always believed that the responsibility of media persons is more than an ordinary citizen of the countryâ€ said Sandeep Marwah President of ICMEI at an international conference at Marwah Studios to bring new synergy between few countries. 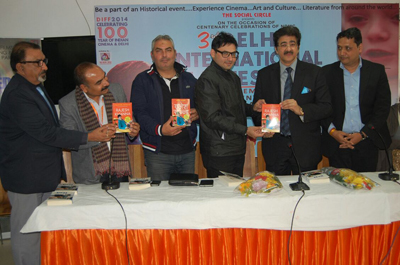