The event will have separate entertainment program consisting of fashion shows and musical evenings. Competition on writing and short films is also part of the show.

The Global Film Festival Noida has been designed to mark respect to the International Day of Journalism on 12th February as declared by Global Cultural Minister Sandeep Marwah also President of International Journalism Centre.

Mon Feb 20 , 2017
Noida: Asian Academy of Film And Television has been proactive in celebrating all the festivals and important days in the campus to create an artistic and patriotic environment all the time on the standing instruction of Global Cultural Minister Sandeep Marwah also President of Marwah Studios. The 68th Republic Day […] 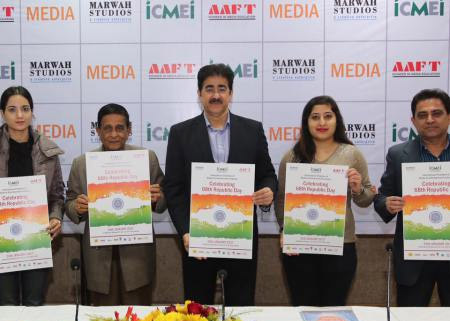