Noida: AAFT University of Media And Arts believe in propagating all the social causes, which United Nations has marked on specific days, and support UNIC- United Nations Information Centre from last few years. A very important event of International Day for the Elimination of Sexual Violence was observed at   the campus by releasing the poster of the same.

The term “conflict-related sexual violence” refers to rape, sexual slavery, forced prostitution, forced pregnancy, forced abortion, enforced sterilization, forced marriage and any other form of sexual violence of comparable gravity perpetrated against women, men, girls or boys that is directly or indirectly linked to a conflict.

“The term also encompasses trafficking in persons when committed in situations of conflict for the purpose of sexual violence or exploitation,” informed Sandeep Marwah Ambassador of IHRO affiliated to United Nations and Patron to IFUNA- Indian Federation of United Nations Associations.

On 19 June 2015, the United Nations General Assembly proclaimed 19 June of each year the International Day for the Elimination of Sexual Violence in Conflict, in order to raise awareness of the need to put an end to conflict-related sexual violence, to honor the victims and survivors of sexual violence around the world and to pay tribute to all those who have courageously devoted their lives to and lost their lives in standing up for the eradication of these crimes. 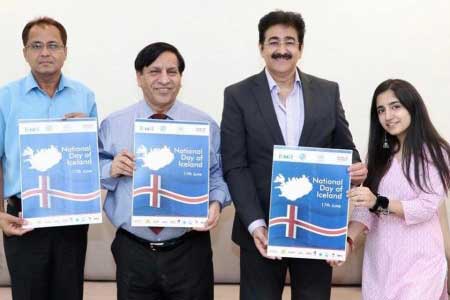