With time Radio Noida 107.4 has been established as a very popular medium to propagate and broadcast the achievements of film and television persons. MSTV was added to the row to broadcast all those films which are still looking to be on the screen. Today both the mediums are doing fantastic and popular with media and entertainment industry.

Recently IPBF has started Radio Raipur, an online radios station, in association with AAFT University of Media and Arts at Raipur, Chhattisgarh. Probably the next station will be Radio Mumbai.

“International Public Broadcasting Forum has been always a part of Global Film Festival and has been announcing new short films for the young aspirants, rather a wonderful source of excitement in the festival for new film makers,” said Sandeep Marwah President of IPBF.

Mon Nov 8 , 2021
New Delhi: Speaking at the World Leader Summit organized by Arijit Bhattacharya Dr. Sandeep Marwah President of Marwah Studios disclosed the revolution he has brought to the film, TV and media education in India thirty years back. “It was difficult to convenience people of this country that film education can […] 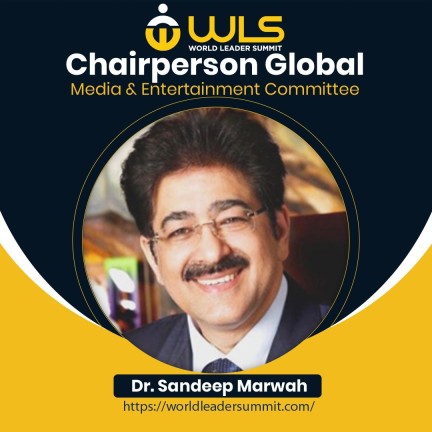