New Delhi: â€œFilm is only one aspect of ICFF- International Childrenâ€™s Film Forum of AAFT. We have ten schools running in slums under the name and banner of Apna School where 800 unprivileged students are studyingâ€ said Sandeep Marwah President Marwah Studio at the inauguration of Childrenâ€™s Toy Shop Doolz n Dudez at Vigyan Vihar, Near Yamuna Sports Complex , Delhi.

There are two disability centres in Delhi and one in Dehradun under the banner of Praytn taking care of special children. More than 1000 school and colleges have already been to Marwah Studio for the screening of good cinema Marwah added.

We will request the Toy manufacturers to pass on to us toys at a reasonable deal to be handed over to the needed kids who have no clue of these kinds of fancy toys. Toys can be teaching aids for growing kids Marwah expressed.

Wed Feb 3 , 2016
New Delhi: â€œNature has given us eyes and some people have developed an art sight to find meaning and expression these people create art they are the artistâ€ narrated by Lakshya Deorha artist and art curator of painting exhibition inaugurated by Sandeep Marwah President Marwah Studio along with Vijendra Sharma […] 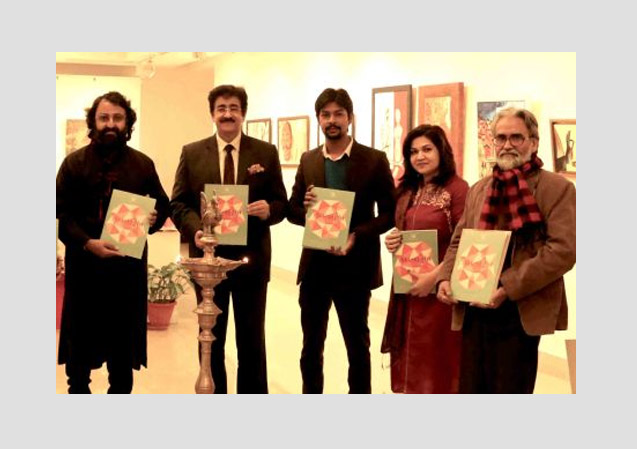