India and Egypt has old age relations, they can further be promoted with the help of cinema. Egyptians love Indian cinema for a very long time.â€ said Cultural Counselor of Egyptian Embassy in India.

Indo Egyptian Cultural And Film Association was created to strengthen the relationship between two countries through art and culture. The nationals of both the countries have always appreciated arts of each other.

IECF has joined hands with 7th Global Film Festival Noida 2014 and will support in all ways to built up the film, television and media industry. â€œthe support of IECF has given us further energy to work in bigger and larger way for the World cinemaâ€ said Sandeep Marwah President of GFFN.

Wed Jan 6 , 2016
The most popular Nigerian organization in India-Indo Nigerian Film Association has joined hands with 7th Global Film Festival Noida 2014 scheduled for 11th to 13th November 2014. The organization was framed to develop and promote relation between two countries through films, television and media. INFA has so far conducted number […] 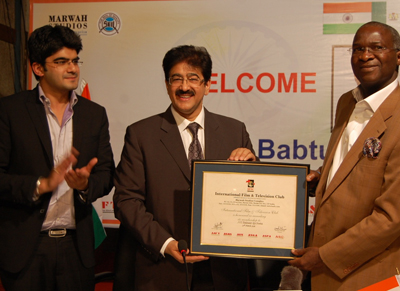