New Delhi: In a special meeting held at the Embassy of Czech Republic, New Delhi, many important points were discussed to move further in bringing Indian and Czech Republic relations to a higher platform.

The premier film school of the country Asian Academy of Film And Television has announced a scholarship in cinema for the deserving student from Czech Republic informed Marwah.

A collaboration and understanding by the premier media college Asian School of Media Studies has been offered to film schools in Czech Republic. A dedicated festival of films from Czech Republic has also now been planned in the coming months.

â€œWe are here to see that our relationship should bring better results and people of both the countries are benefited,â€ said H.E.Milan Hovorka.

Tue May 31 , 2016
New Delhi: The country of Zambia has long relations with India. The agricultural based country has very strong traditions and folk wares to offer to the World. A special meeting was organized with ICMEI at the Embassy of Zambia to discuss in details what can be suggested to develop and […] 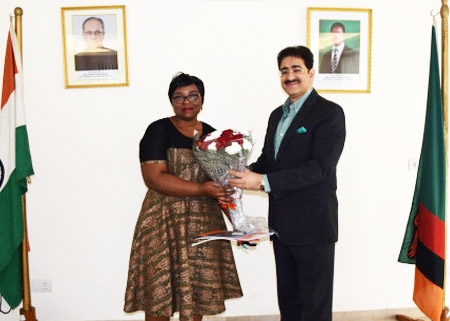