Noida: What an excellent occasion to launch Indo Bulgarian Film And Cultural Forum when we are inaugurating the painting exhibition of renowned artist from Bulgaria at Marwah Studioâ€ expressed H.E. Petko Doykov Ambassador of Bulgaria to India.

â€œInternational Chamber of Media And Entertainment Industry is feeling proud to create another committee where we will be able to generate new energy to promote and develop relations between India and Bulgaria through art and cultureâ€ said Sandeep Marwah President of Marwah Studio at Noida film city.

â€œIt is my privilege to be part of Asian Academy of Film And Television and display my paintings within the upcoming film and television professionals of the country. I am more than happy with the reception I have received in India,â€ said Petya Ilieva the artist from Bulgaria.

â€œThe most colorful exhibition I have ever seen, the pattern and color combination speaks about the culture of Bulgaria.,â€ added Tanushree Baruah Presider of IECEN, Milano, Italy.

Wed Jan 13 , 2016
New Delhi: Renowned film and television personality Sandeep Marwah has been nominated as the Chairperson of newly formed Indo Bulgarian Film and Cultural Forum by the Ambassador of Bulgaria to India H.E. Petko Boyvok here at Noida Film City. â€œWhat a great occasion when not only we are framing an […] 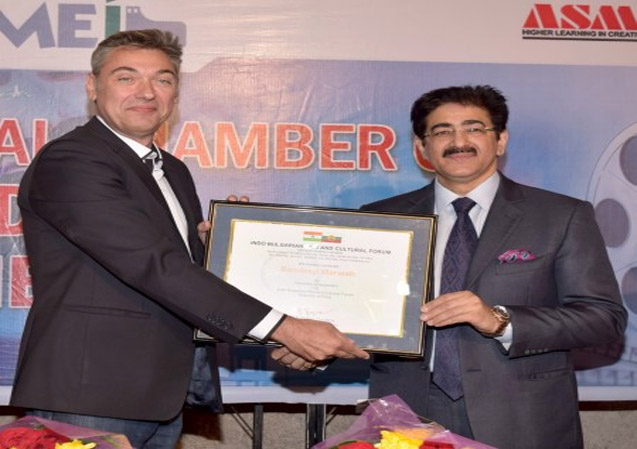