New Delhi: The publication department of International Film And Television Research Centre has decided to publish a book on the awards and accolades of Sandeep Marwah, President Marwah Studios, brought to India during all these years.

Sandeep Marwah is the only media person in the World who has created five International Records in media and entertainment industry. His contribution to the World of Entertainment is enormous. He has been honored more than 300 times, which includes 54 times from abroad.

His reach has gone to as far as 120 countries of the World. He has been teacher to 12000 media professionals and has been associated with 2300 short films. Being a founder of Noida Film City his untiring efforts have brought country of Republic of India to different international platforms.

Publication Department of IFTRC Will Republish Book on Sandeep Marwah

Wed May 11 , 2016
New Delhi; International Film And Television Research Centre recently published the book on the accomplishments of Sandeep Marwah President Marwah Studios showcasing his five World Records and his involvement with different organizations in different capacities. The first version was released by the great international spiritual leader His Holiness Dalai Lama […] 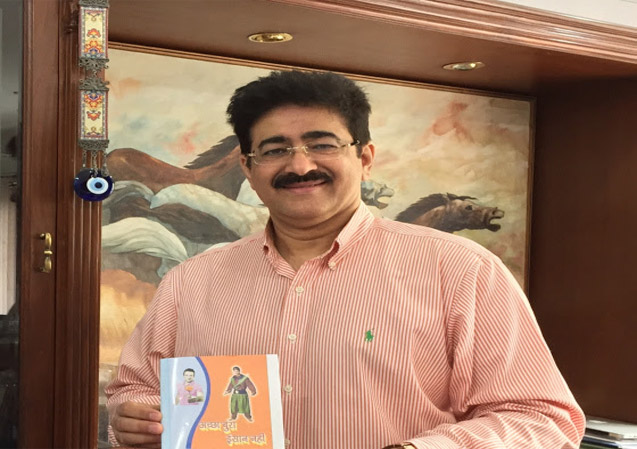