New Delhi: IIFTRC- International Film And Television Research Centre has been working on the different concepts from last 22 years and has given unique and extra ordinary things to the film, television and media industry of the world.

The centre has also been working how to provide good and effective media education to students, a good cinema to the audience, a successful carrier in the industry, an applicable books and training material under the leadership of media guru Sandeep Marwah President of Marwah Studio.

After giving first ever mobile festival to the world by IFTRC, a new section has been introduced with the 9th International Festival of Cellphone Cinema to work on the films on cellphone cinema. Effective social films for mobile will be the sole purpose of this section informed Sandeep Marwah president of 9th IFCPC.

Fri Jan 15 , 2016
Noida: 69 young enthusiastic film, television and media persons were handed over the most prestigious diploma of Asian Academy of Film And Television at the 89th Convocation of the institute at Marwah Studio at Noida Film City. Students passing out in different discipline including production/direction, editing and sound recording, acting […] 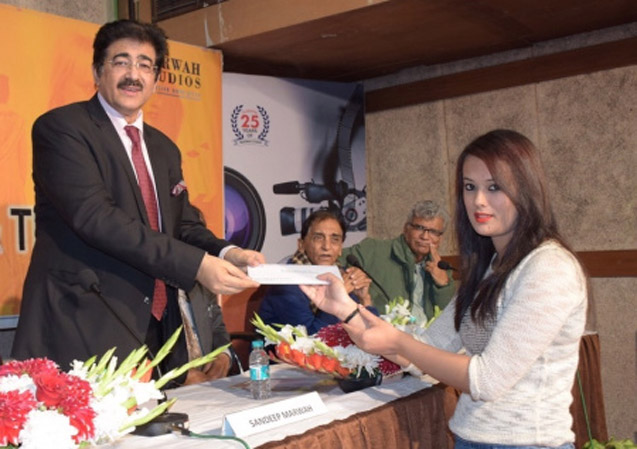