New Delhi: A life Membership of IFTRC- International Film And Television Research Centre of AAFT was presented to the Prime Minister of Nepal Khadga Prasad Sharma Oli by the president of ICMEI- International Chamber of Media And Entertainment Industry Sandeep Marwah on the inauguration and launching of Indo Nepal Film And Cultural Forum in a glittering function at New Delhi.

â€œWe are proud to be associated with the team of Prime Minister of Nepal Khadga Prasad Sharma Oli who is here in Delhi and keen in promoting and developing relationship between both the countries India and Nepal through art and cultureâ€ said Sandeep Marwah President Marwah Studio.

â€œI appreciate the efforts of Sandeep Marwah of bringing two countries close to each other through art and cultureâ€ said Prime Minister of Nepal.

The Prime Minister was accompanied by a delegation of 45 important dignitaries from Nepal. Kamal Thapa Deputy Prime Minister of Nepal, Shakti Basnet Minister of Home Affairs Nepal and Vipin Gaur General Secretary of Newspaper Association of India and High Commissioner of Nepal to India H.E. Deep kumar Upadhyay were also present there.

Tue Feb 23 , 2016
Noida: ICMEI- International Chamber of Media And Entertainment Industry with a motive to build relations with the whole World and spread love, Peace and Unity through Art and Culture briefed the Minister of Culture Dr. Mahesh Sharma with its activities. â€œWe have created 162 international Committees, 80 National committees and […] 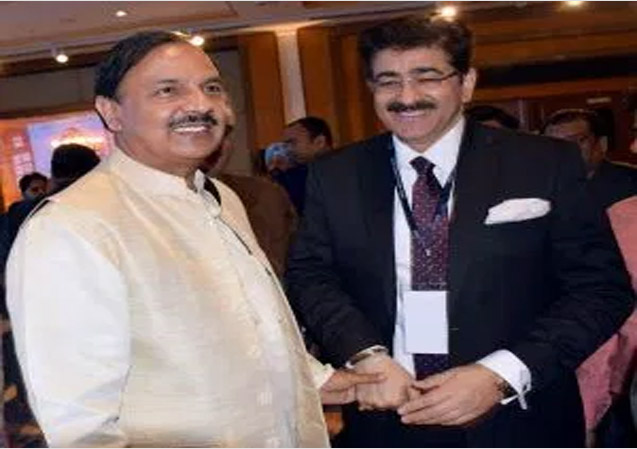