â€œEvery time this unique festival brings new energy to the youngsters. The excitement to be the filmmaker is beyond explanation. This is the most economical way of filmmaking. It has cached on very well all over the World nowâ€ said Sandeep Marwah President of 9th IFCPC

Fri Jan 15 , 2016
Noida: Marwah Studio- the most popular and the oldest film studio of north India at Noida Film City is the venue for 9th International Festival of Cellphone Cinema 2016 as decided by the management. â€œMarwah Studio has been the birth place for many film makers, artist and technicians. It has […] 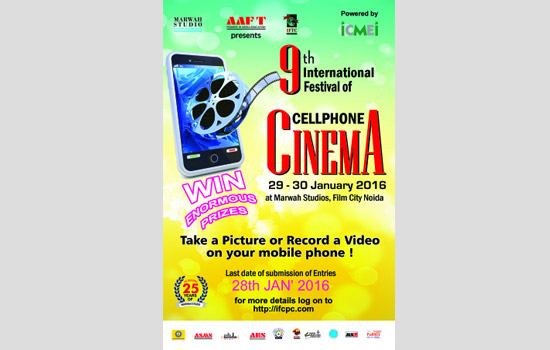