New Delhi: â€œA very different and exclusive kind of festival, which has brought revolution in the world of tiny screen of mobile, is the presentation of world-renowned media person Sandeep Marwah President of Marwah Studio and also chairing ICMEI,â€ said Ashok Tyagi Secretary General of International Chamber of Media And Entertainment Industry.

The 9th edition of International Festival of Cellphone Cinema is powered by ICMEI. A chamber with 162 international committees and 80 national committees covering all the mediums of media including Print, Radio, Television, Cinema, New Media, Events, Education, Fashion, Environment and Tourism informed Pretty Sharma of ICMEI.

The festival has invited mobile films from all over the World. The best films will be selected by the jury consisting of experts and filmmakers and award winning films will be shown on 29th and 30th of January at Marwah Studio in a grand function after the formal inauguration added Rajiv Mathur Asst. Director ICMEI.

Wed Jan 20 , 2016
New Delhi: â€œAll customs, religions and culture starts with cleanliness. Please note that after the cleanliness of your surroundings and wrong notions and feelings in your heart, then you will find this country prospering to heightsâ€ said Inderesh Kumar senior leader of Rastiya Swayamsewak Sangh while releasing the book â€˜Swachh […] 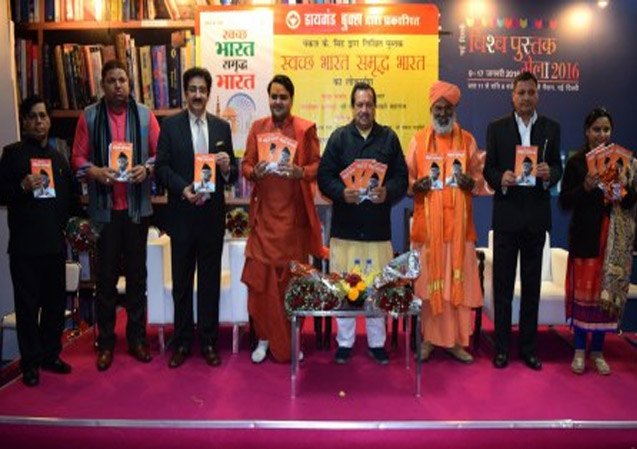