Noida Film City: â€œIt is essential to make students aware of the different carrier in life and that is possible with the help of carrier fair like CGF 2015 where students can find all sort of schools of different discipline at one single placeâ€ said Sandeep Marwah President of Marwah Studio & ICMEI.

International Chamber of Media And Entertainment Industry with its committee on Education has gone out of way to promote different fields of education like films, television, media, fashion, tourism and hotel management which are directly connected to entertainment & glamour business. AAFT will also participate in the fair.

DSGMC set up under an Act of Parliament, has been managing Sikh Gurdwaras and promoting education in Delhi with approx. 44,000 students in its CBSE affiliated chain of Guru Harkrishan Public Schools and institutions for higher learning under Delhi University and Guru Gobind Singh Indraprastha University informed Dr.Maninder Kaur protocol incharge of Committee. 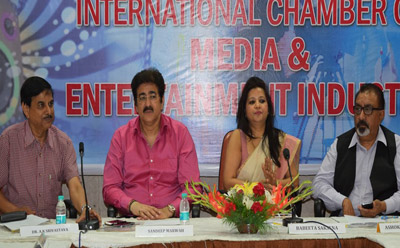