“We are more than happy to receive the wives of diplomats of eight countries who are now residing in Delhi under their diplomatic transfer. It is a golden opportunity to support eight cultural forums through this international event. I am thankful to all of you for giving us an opportunity to express ourselves,” said Sandeep Marwah President of Marwah Studios and seven times World Record Holder.

Sandeep Marwah narrated his journey from 1986, the formation of Noida Film City to his achieving seven World records. He spoke about his ups and downs of business and creation of one of the best media University at Raipur. The ladies visited studios, got involved with radio station, television station, film shooting and other educational activities.

Earlier an exhibition of paintings from Vietnam and followed by the seminar was inaugurated by H.E. Pham Sanh Chau Ambassador of Vietnam to India. “We have been able to learn quite new things related to films and television during these hours which we enjoyed at Marwah Studios,” said H.E. Pham Sanh Chau Ambassador of Vietnam . Sandeep Marwah presented life membership of International Women’s Film Forum to every individual.

Sat Apr 10 , 2021
Noida: “Acting is a prominent field of Cinema industry that has a crucial role to play for making a film connect with the audience. Those who wish to work in this domain must focus on enhancing their presentation and communication skills to become competent for portraying the required emotions. Courses […] 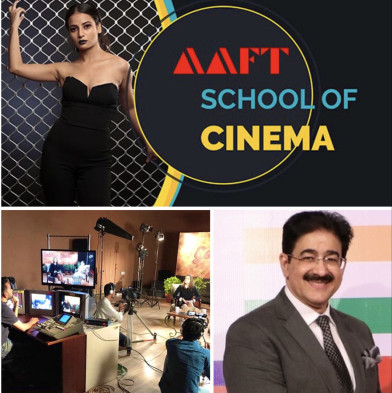