â€œICMEI is the only Chamber in the World which has declared 162 International Scholarships for the most deserving students from different countries of the World. It has also announced 162 joint ventures in film making,â€ said Sandeep Marwah in a press meet at Hotel Rosewood London at Holborn.

Sandeep Marwah In The Book of ICONS

Mon Jan 2 , 2017
New Delhi: â€œI am proud of the people who all have done extra ordinary works and business and has transformed the cities and living conditions. It is not important what we have received from our ancestors but it is essential to think what we are going to leave for our […] 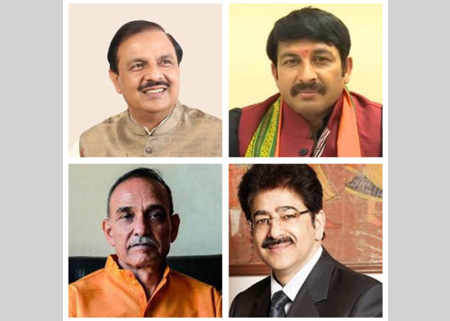