New Delhi: “While the national lockdown has largely left the public confined to their houses, the police are literally on the ground to enforce the prohibitory order. Even during lockdown, they carry out a range of duties ranging from instructing people to maintain physical distancing in markets to taking action against those flouting prohibitory order. They have done a commendable work during this period,” said Dr. Sandeep Marwah President ICMEI in a webinar organized to talk out role of police in lockdown by NAI and ICMEI.

“To keep1.2 billion people indoors for weeks on end is an unenviable task. But when India went under a lockdown on 25 March, that’s what the Indian police were charged with,” expressed Ajay Kumar Pandey Inspector General Police Law & Order State of Punjab.

“As expected, there was some degree of force and violence: the police are no stranger to deploying batons on suspected law-breakers. But it also birthed some surprisingly creative means of enforcement from personnel across the country,” added Raghavendra H Auradkar IPS former Director General of Police and Commissioner of Police Bangalore.

The duty calls of the police to be in public places also make them a category vulnerable to the risks of COVID-19. Taking the stress level of the force caused by these factors into account, Ajay Kumar Pandey appealed the police force not to lose self-control and not to react to the rough behavior during lockdown duty.

“ I learned that Station house officers of police stations were asked to ensure that senior members and those having health problems are given station duty, which was a very humble orders,” said Vikas Sharma Chief Executive of Centre for Strategy and Leadership

Lauding the force for the best practices emulated in so far during lockdown in the city, Raj K.P.Sinha National Commissioner of India Scouts/Guides Organization said “there is no room left for complaints from people during lockdown periods”.

Sun Jul 12 , 2020
New Delhi: International Chamber of Media And Entertainment Industry in association with AAFT School of PR Events and Advertising invited people from Industry to discuss the changing scenario of events in India. “Productivity is never an accident. It is always the result of a commitment to excellence, intelligent planning, and […] 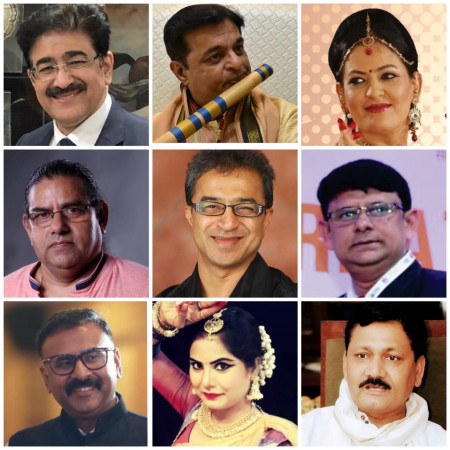