Noida Film City: â€œI have never experienced and heard of this kind of chamber where every thing is under one roof and Chamber is out and out adamant to get into cultural assimilation for the development of two nationsâ€ said His Excellency Koffi Akakpo, Charge de Affaires, Embassy of the Republic of Togo.

â€œWe will be happy to invite a deserving student from Togo to come and study in India a short term course in Cinema that will bring new light to our relationshipâ€ said Sandeep Marwah President of Marwah Studio and ICMEI.

H.E.Koffi Akakpo visited all the departments of International Chamber of Media And Entertainment Industry. A special program on Radio Noida was also recorded. ICMEI will announce Togo Day to project documentaries on Togo for the students of Cinema and Mass Communication at AAFT.

Sat Jan 9 , 2016
Noida Film City: â€œIt is worth praising the efforts of Sandeep Marwah who has handed over eight short films to United Nation on different social subject to use for different occasions to sensitize the audience of this nationâ€ said Kiran Mehra Kerpelman Director United Nation Information Center for India and […] 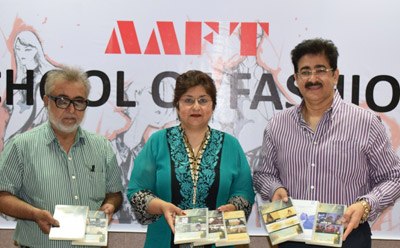