Noida: A powerful national organization under the banner of Indian Basket ball Players Association has become proactive to save the game, which is slowly vanishing from the mainstream sports in India.

â€œWe are ready to start a basketball players association at Marwah Studio with the students of Asian Academy of Film And Television and Asian School of Media Studies. We will go out of way to save the game,â€ said Sandeep Marwah advisor to Indian Basketball Players Association and World Record Holder in sports.

â€œSoon IBPA will have branches all over India in different states to promote the game. We will leave no stone unturned to make it a popular game in the country,â€ said Arjun Awardee Sajjan Singh Cheema President of IBPA.

â€œWe have started approaching schools, colleges and other institutions to come forward and participate in basketball games. The association will provide its expertise to all free of cost to promote the gameâ€ added Jayashankar Menon Secretary General of IBPA.

Wed Mar 16 , 2016
Noida: â€œHow busy you may be but always make it a point to do one good act a day. It not only helps you to attain utmost satisfaction but also promote different social activities around you and result into development of the country as a whole,â€ stated Sandeep Marwah President […] 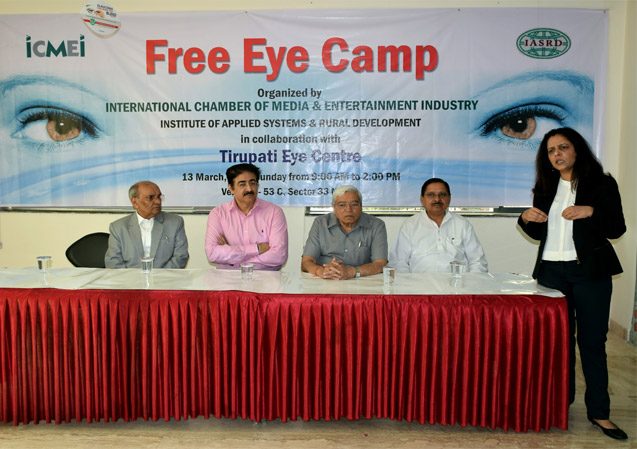