Mundgod 29th December, 2014: More than 50 film, television, media and social organization this man is handling with the membership of almost two million people his vision and mission is no away from any missionary as all organizations fall into the sea of love, peace and unityâ€ said Tashi Wengdu CEO of Federation of Tibet Cooperatives of India introducing H.E. Sandeep Marwah to His Holiness Dali Lama.

H.E. Sandeep Marwah the founder of World Peace Development And Research Foundation has covered more than 100 countries to spread the word of Peace Love and Unity through different mediums of media and culture. His institutions believe in every aspect of United Nation.

â€œEducation is the need of the day, people who are in education they must take responsibility of preparing better and stronger generation to comeâ€ said His Holiness The 14th Dalai Lama blessing H.E. Sandeep Marwah for his large contribution to human race.

Fri Jan 8 , 2016
A unique film festival of the films made and shot by cellphone are the entry to International Festival of Cellphone Cinema now declared its 8th edition to take place in the month of January 2015 at Noida Film City. â€œWe are again excited with the coming of 8th IFCC. The […] 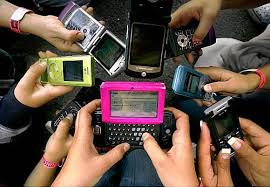