New Delhi: Global Film Festival Noida, which was launched, as a replacement of IFFI is ready with its 10thÂ edition with almost 52 events in three days. The third day has been announced as Hindi Cinema Samman Samaroh at Vigyan Bhawan.

All the association related to Hindi Cinema and their heads are going to be visible for the first time in one single platform on the launching of these national awards. T.P.Agarwal of IMPA, B.N. Tewari of FWICE, , Sushant Singh of CINTA, Thakur Tapasvi of IFTDA, Dilip Pithva of ADCDA, Adit Tondon ICS, Trade Pandits Bhavna Somaya, Komal Nahata and Bharti Pradhan have also given their consent.

Workshops, seminars, interactions, screening of films, awards, entertainment, exhibitions have been planned during these three days.â€ We have grown big in ten years. In all these years we have touched delegates from almost 140 countries of the World. The message of Love Peace And Unity through Art and Culture has been well delivered to the World,â€ said Sandeep Marwah President of the Festival.

International Chamber of Media And Entertainment Industry and large number of international organizations are supporting the festival. 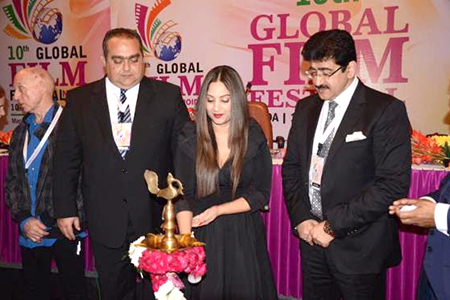