Noida: The dedication, determination and doughtiness with which our Indian soldiers perform their herculean task of safeguarding our national territory is comparable to none. No one better than them are entitled to be addressed as ‘the real heroes’.

“India is home to the world’s third largest and finest army in the world. Our soldiers guard one of the most notorious international borders because India’s northern borders are like a battlefield all-round the year. These brave-hearted men are considered the best to perform in extreme weather conditions or in high altitude battles. They have never surrendered to any adversity. The Indo-China war of October-November 1962 and the Indo-Pak war of September 1965 are leading testaments of their mettle in all theatres of war. Their motto has always been “do or die”,” informed Col. Pradeep Gupta Director of AAFT School of Mass Communication And Journalism.

“We strongly condemn the attack in Jammu and Kashmir’s Pulwama district and express our deepest condolences to the families of those who lost their lives, We wish a speedy recovery to those injured and call for those behind the attack to be brought to justice.” Said District Commandant Sandeep Marwah President of Marwah Studios.

A silence was observed for two minutes in the whole campus to pay gratitude to all the forces in India and to remember who all have shed their blood in the protection of our country.

AAFT Adjudged As Best Media Institute In India By ASSOCHAM

Sat Mar 2 , 2019
New Delhi: AAFT has been ranked as the best media institute in the Republic of India by the decision committee of well-known chamber ASSOCHAM and has been honored in a grand function at Hotel Le Meridien at New Delhi during National Education Summit. Bharat Rattan Pranab Mukerjee the former President […] 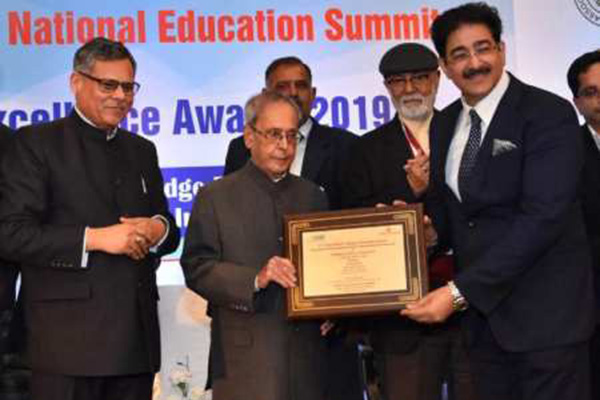