Noida: Twenty five countries participated in the Global Media And Tourism Summit organized by the ICMEI- International Chamber of Media And Entertainment Industry in association with NFTC- National Federation of Tourism And Transport Cooperatives of India Limited at Marwah Studio, Film City Noida.

Marwah has been recipient of more than 300 awards including 54 awards from foreign lands. Sandeep Marwah already has five World Records in Media.

Wed Mar 2 , 2016
Noida: â€˜What we need is entrepreneurs in this country who all can take the responsibility of developing and promoting different kind of businesses and generate employment and new enthusiasm in the environmentâ€ subject introduced by Sandeep Marwah President of Marwah Studio at the inauguration of series of Prime Ministerâ€™s Startup […] 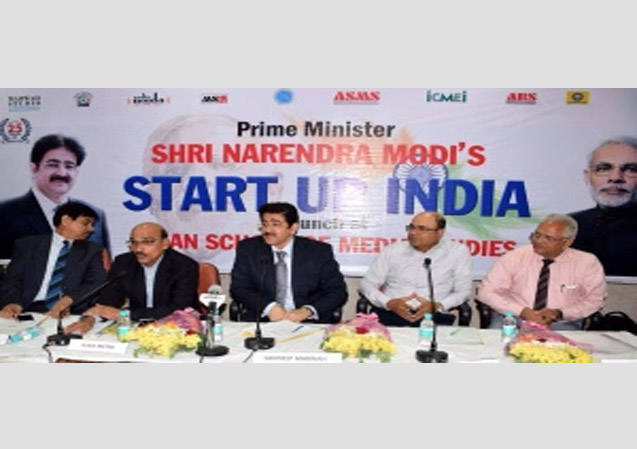