Noida: The preparation of 12th Global Film Festival Noida 2019 are on and     final meeting of   management committee of GFFN took place at Marwah Studios at Noida Film City.

“We are absolutely ready for the finals and my team is now well versed with the activities of Global Film Festival. In these 12 years the festival has emerged as the biggest film festival ever been designed and executed by any educational institution of the World,” said Dr. Sandeep Marwah President of the festival.

More than 50 countries are participating and we are expecting people from all over India and abroad. More than 5000 registrations we have received till now.

There will be more than 30 events in three days extravaganza. The festival is supported by AAFT University and International Chamber of Media And Entertainment Industry.

Tue Nov 12 , 2019
New Delhi: In recognition of the growing importance of the economic potential of closer linkages between India and South East Asia, PHD Chamber of Commerce and Industry in association with ICMEI- International Chamber of Media And Entertainment Industry is proposing to organize the Conference on ‘India –ASEAN Business Summit: Today, Tomorrow, […] 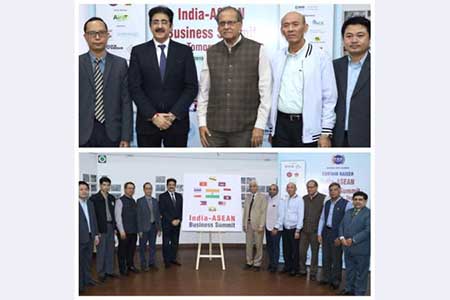