Noida: 5th was the final day at Marwah Studios to celebrate Delhi international Arts Festival. “We have covered classical and modern dances, music in all forms including instrumental and vocal, experimental theatres, painting and sculpture exhibitions, short and feature films from India and abroad,” said Dr. Sandeep Marwah President of Marwah Studios on the final day at studios.

The closing function was attended by who’s who of the city, art lovers and film, television, media, pr events, fashion and design students from all over India and abroad. “there is hardly a chair vacant we all have to see two hours extravaganza with new spirit and energy,” added Marwah motivating the audience.

The evening was charged with enthusiasm with Dance recital by Guru Meenu Thakur followed by terrific performance by INCREDIBLE- a Korean band. The students of AAFT School of Performing Arts including Akshat, Aanchal Bisht, Riya Sharma, Aarti, Mandeep Kaur and professional like Bhaskar Jha, Albeena Abbas were on vocals.

Prasiddha Foundation and Forum for Arts Beyond Borders design the event. ICMEI- International Chamber of Media And Entertainment Industry, AAFT- Asian Academy of Film And Television, Radio Noida and MSTV supported the festival.

Wed Dec 19 , 2018
Noida: “Never before we have crossed three days for any festival be it a Global Film Festival, Global Festival of Journalism, Global Literary Festival or Global Fashion Week. We have added another day to Delhi Arts Festival at Marwah Studios as our purpose is to bring best of the arts […] 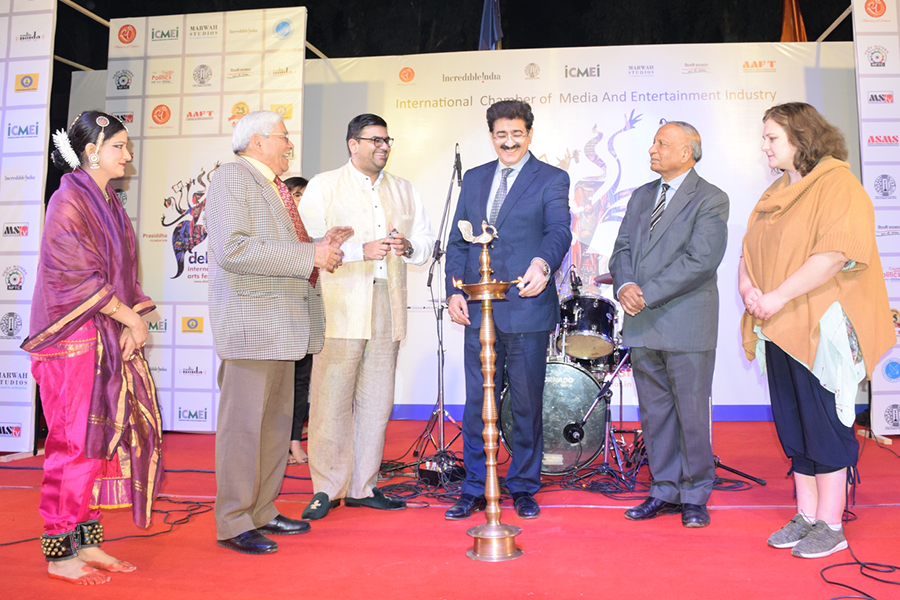