“I am happy to learn that here at AAFT screen acting coaches are all working, professional actors and directors and they teach a variety of techniques, not adhering to just one school of thought. This enables a full and rounded approach for training actors allowing them to establish effective techniques that work for them as individuals. I am sure you will gain an insight into the technical requirements of working in front of a camera along with varied elements of established techniques,” appreciated Sukesh Anand while expressing his own experience of the industry. 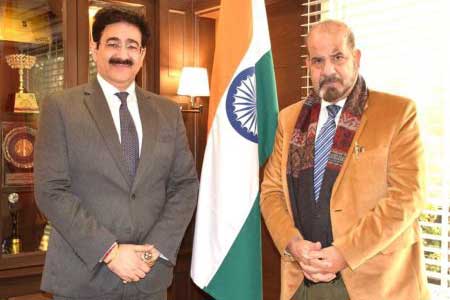