â€œFilm Festivals are the best way to promote the films. I am happy that Delhi International Film Festival has picked up with its 3rd edition,â€ said Sandeep Marwah President of Marwah Studio inaugurating festival at NDMC Convention Centre at New Delhi.

Chief Guest of the occasion Delhi BJP President Satish Upadhaya said,â€ you do not need language to understand the cinema. The language of cinema is emotionâ€ who later handed over Lifetime achievement award to veteran filmmaker Subhash Ghai.

â€œDelhi has attracted many film makers from India and abroad. Delhi has given some of the finest locations to Indian cinema and many film personalities to Indian Cinemaâ€ expressed Jalaj Srivastava who handed over special festival award to Sandeep Marwah for his untiring contribution to cinema.

The festival will be showcasing 250 films from 45 countries in next eight days on different theaters informed Ram Kishore Parcha President of the festival. 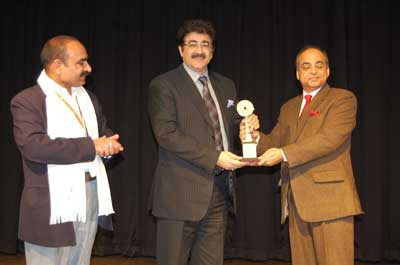