New Delhi: The High Commission of Republic of Fiji in New Delhi-India, Indo-Fiji Business Promotion Association (IFBPA) and the Indo-Fiji Film and Cultural Forum (IFFCF) have engaged together to strengthen relationships between Fiji and India.

This cooperation of uniting the resources and expertise of IFBPA and IFFCF and also bringing both entities to work together to achieve desired goals was an effort led by the High Commissioner, His Excellency Yogesh Punja. The aim of this initiative is to promote Fiji in India and vice- versa. Apart from the strong bilateral ties,

Fiji and India share many common elements such as culture, language, cuisines and history. A meeting held at the High Commission of Republic of Fiji on 10 June saw the three parties sharing ideas that would be used to promote, create closer links and enhance cultural exchange between the two countries.

The Indo-Fiji Film and Cultural Forum which is also part of the International Chamber of Media & Entertainment Industry was represented by Mr. Sandeep Marwah who is the president of the company and Mr. Ashok Tyagi who is the Secretary General while Mr Harsh Sahni represented the Indo- Fiji Business Promotion Association in the capacity of director of the company.

The Indo- Fiji Business Promotion Association on the hand is a non-govt. company which was launched in February 2014 in New Delhi by the Attorney General and Minister for Economy, Civil Service and Communications Hon. Aiyaz Sayed-Khaiyum. The main aim of this association is to promote and facilitate trade & investment between India and Fiji. It was intended to allow the Fijian and Indian business communities to communicate directly, share market intelligence and facilitate business and joint ventures. It was also targeted to enable the flow of technology, capital and experts.

The two parties would now work together with the High Commission of Republic of Fiji under the banner of Indo- Fiji Business Promotion Association. In the recent 2019- 2020 budget, the Fijian government announced lucrative tax incentives for Film Making and Audio Visual with an increased film tax rebate from 47% to 75%. Furthermore, a 200% tax deduction will be available to companies investing in camera and other filming equipment for audio visual productions. Mr. Marwah commented that these revised incentives would greatly benefit those in line of film making and audio visuals.

While the IFBPA would bring expertise from the trade and business side from various sectors, the IFFCF would focus more on the entertainment and media industry. This association will be based in New Delhi, India and it intends to create connectivity with the existing India- Fiji Friendship Forum based in Fiji so that information could be easily shared from both sides. The past government officials having served in Fiji and those currently based in India having any associations with Fiji would also greatly benefit with this collaboration. 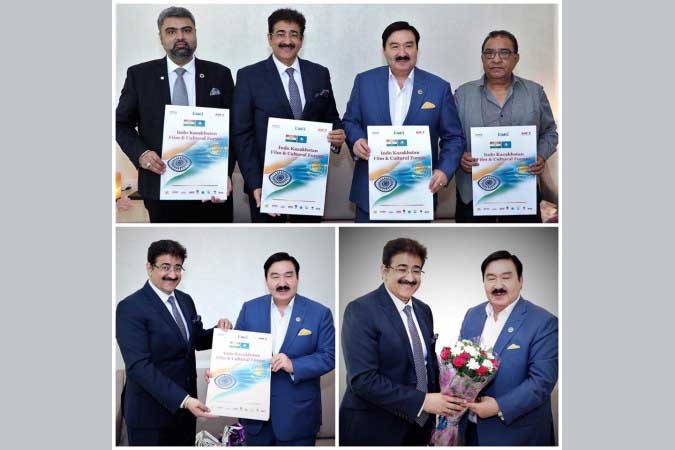