Noida,1st December 2015: â€œWorld leaders have unanimously committed to ending the AIDS epidemic by 2030 as part of the Sustainable Development Goals adopted in September. This commitment reflects the power of solidarity to forge, from a destructive disease, one of the most inclusive movements in modern history.â€ read by Harshvardhan Vice President International Film And Television Research Centre as note sent by Secretary-General of United Nations Ban Ki-moon.

The world is on the Fast Track to End AIDS. To end the AIDS epidemic by 2030 as part of the Sustainable Development Goals will require investment, commitment and innovation to be accelerated.

The Fast-Track approach as defined by UNAIDS includes: Front-loads investments, focuses on the locations, populations and programs that deliver the greatest impact, catalyses innovation for people who need it most, engages local leadership for targeted, sustained and accountable responses, creates new partnerships, stands firm on human rights, delivers results that leave no one behind.

â€œFast-Track will change the lives of millions of people around the world. We have a fragile window of opportunityâ€”just five short years to break the epidemic. On this World AIDS Day, join us on the Fast-Track to end AIDSâ€ said Sandeep Marwah Ambassador of IHRO affiliated to United Nations and World Cultural Minister.

Thu Jan 14 , 2016
Noida: â€œIt is a great pleasure to be here and recollecting the great works done by the super leader like Sardar Patel to unite the whole country together in one Republic of India even after independenceâ€ said Pankaj Parashar renowned film maker from Mumbai releasing the poster of Sardar Patel […] 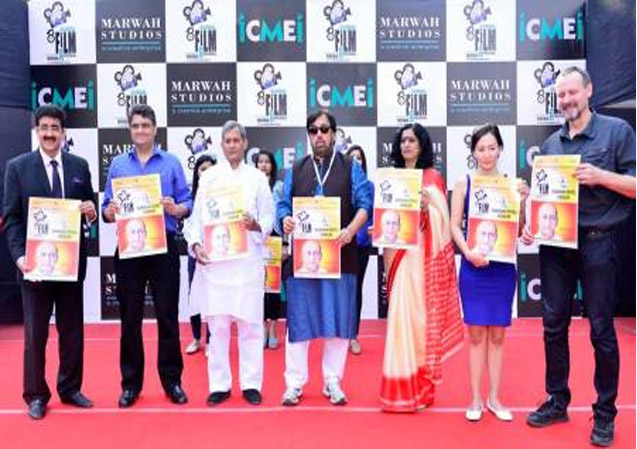