New Delhi: “When the whole World is sleeping, the people of the entertainment Industry are awake to prepare software for all of you for the next day of entertainment be it a newspaper, radio, television, cinema or new media. It is not easy to entertain people,” said Dr. Sandeep Marwah Founder of Noida Film City and President of Marwah Studios at a webinar organized by Rotary Club of Delhi South.

Media and Entertainment Industry is the sixth biggest industry in India with almost turn over of 235000 crores and heading for 3,00,000 crores by 2025. It has given employment to almost 10 Million people and another ten million of other industries like hospitality, tourism, food and catering, engineering, electricals, electronics, fashion, interior designing are dependent on this industry informed Dr. Sandeep Marwah to the house.

Only passionate people can survive in this industry, as this business is very demanding and takes a lot of energy to survive. With 2000 films in 28 languages has made India the largest film producing country in the World. 40,000 News papers 950 Television Channels, 1.2 billion mobile phones out of which 480 million phones are smart phones, 325 radio stations together make this industry a huge one,” said Dr. Marwah who was the guest of the week.

The session was followed by question answers and Dr Marwah covered many topics while answering the questions. The president Pradeep Kumar and Author Arvider S Brara paid vote of thanks.

Sat Sep 26 , 2020
Raipur: With the motive to provide an opportunity to the budding photography talents at an early stage of their career amidst the pandemic and to keep their zeal of good work going on, a Virtual Photo-Exhibition ‘ABHIVYAKTI 2020’ has been organised from September 18, 2020. The Photography Exhibition Gallery is […] 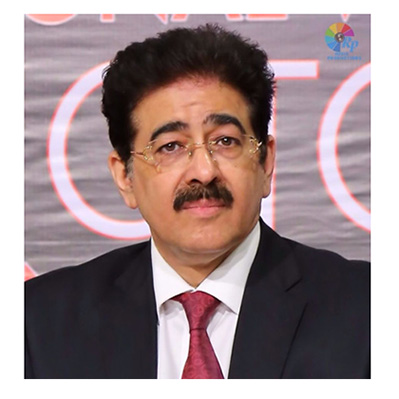