New Delhi: â€œThe language of Cinema is Emotion, even if you donâ€™t know the language of the region but you can still understand the cinemaâ€ said Sandeep Marwah President of Marwah Studios at the seminar at Education Times-Education Boutique at Pragati Maidan, New Delhi.

India is the largest film producing country in the World. We make approximately 1000 films in 28 official languages. There are 12000 theaters in the country and ten million people watch Cinema every day. The turnover of cinema in India has crossed ten thousand crores rupees. It is the part of entertainment industry, which is the sixth biggest industry in the country of India Marwah added.

Answering the questions of young aspirants at the seminar Marwah explained the kind of jobs and works required in film industry. He narrated few case studies and propagated few names of the prominent film makers from AAFT.

Present on the occasion Ashok Tyagi a renowned film maker also gave some tips to the students. He also emphasized on the education and training necessary for the films. â€œFilms are the strongest medium to unite Indiaâ€ Tyagi said. 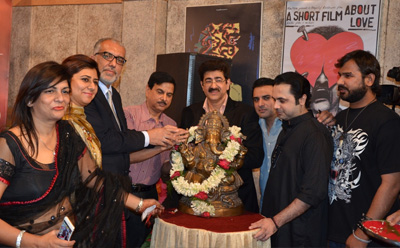